When a Problem Threatens Beneath the Surface by Lori Ann Wood 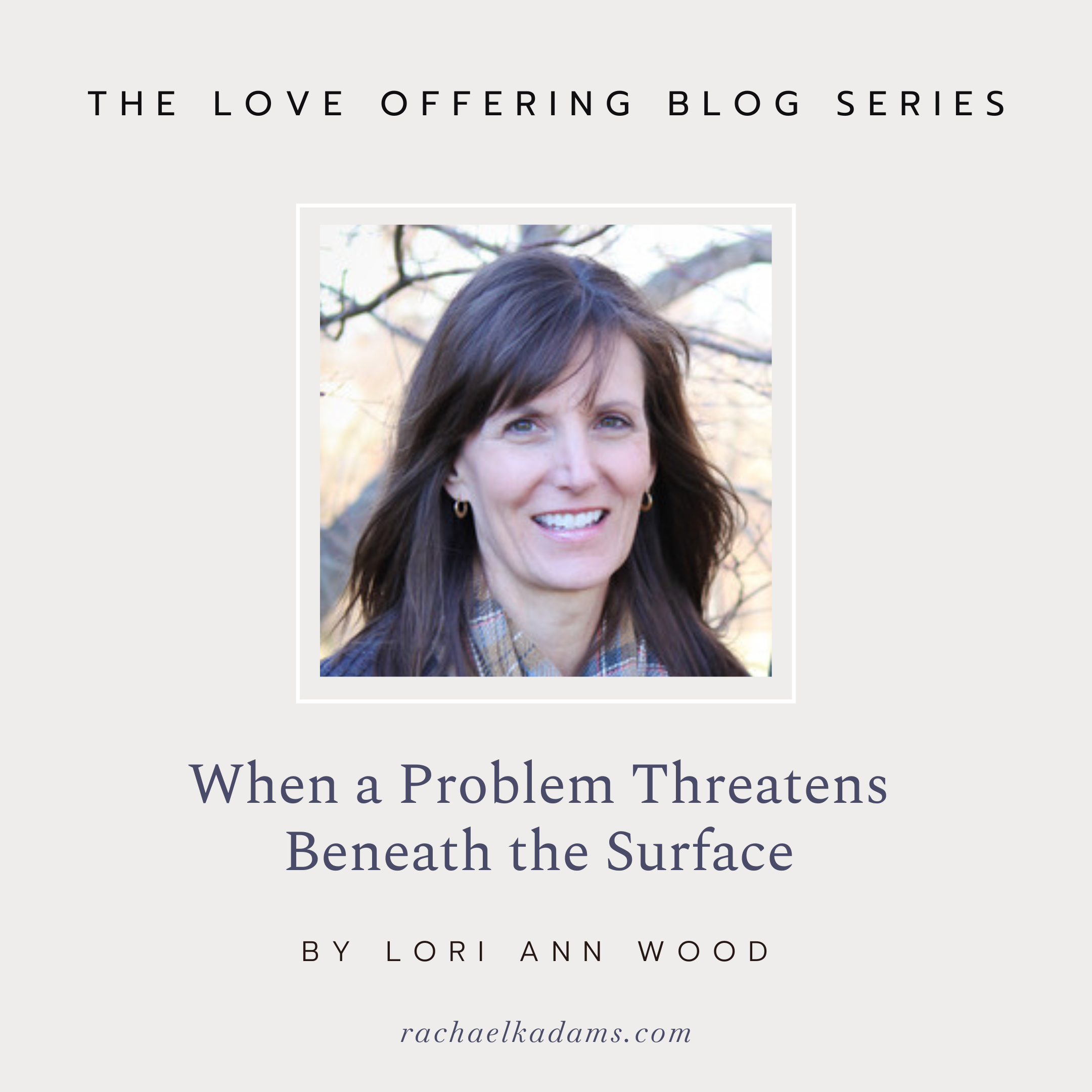 I sat shocked, replaying the disturbing video of a swimming pool in Israel suddenly disappearing into the ground.

It wasn’t the first time I’d seen this science-fiction-film vibe: houses and cars sucked into the earth while everything around them remains untouched. Turns out, these sinkholes are a fairly common occurrence worldwide. In the U.S., about 20% of the land is susceptible to these strange vortexes.

Sinkholes develop when a structure is built on soft bedrock. Eventually this rock erodes as underground rivers form and change. The thin surface rock reaches a point when it can no longer support the building or road that rests on it.

More than just a physical threat, any dangerous problem that grows unseen, beneath the everyday exterior of our lives, can cause our world to cave in. 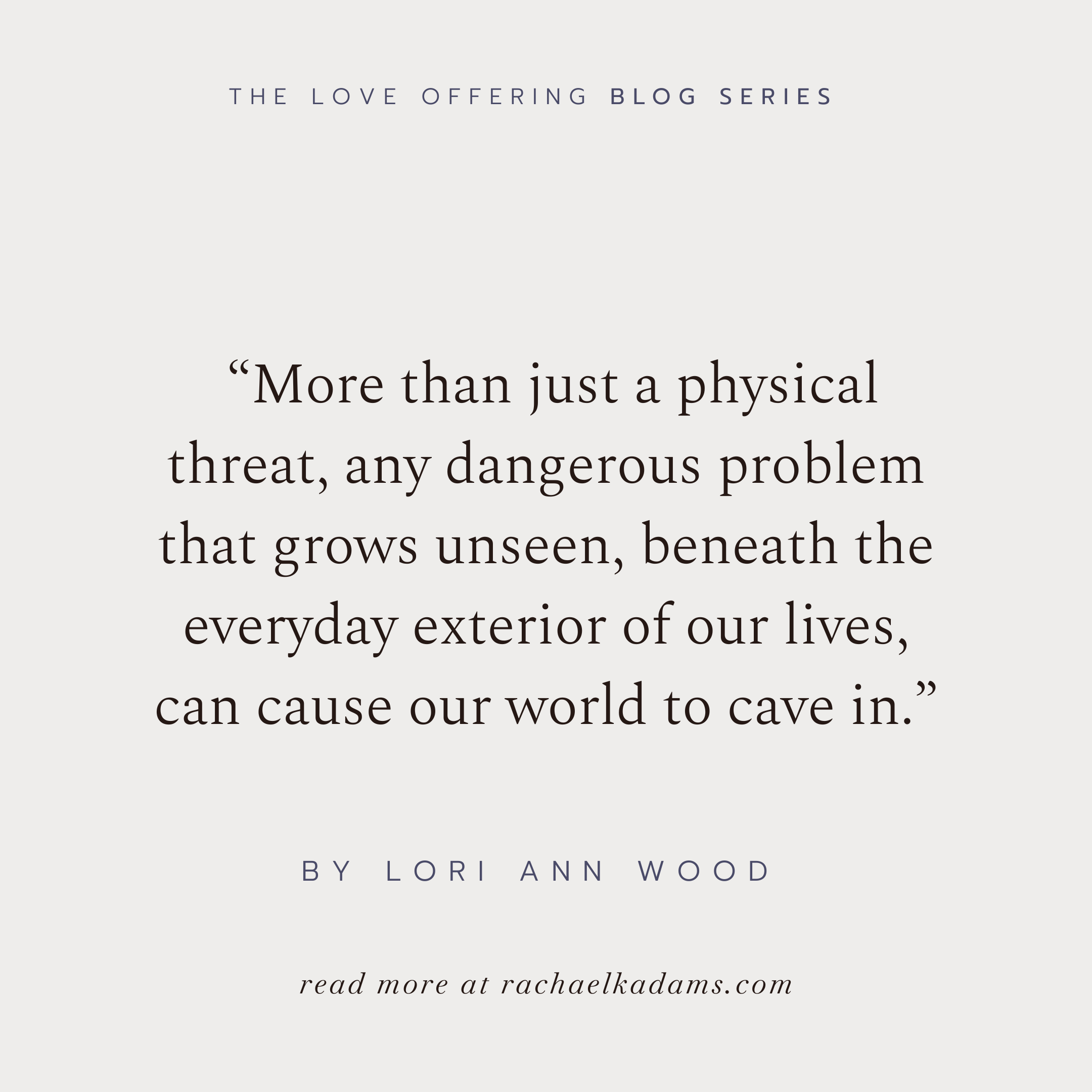 A few years ago, we visited the cenotes in Mexico. One of the most popular attractions in Yucatan, these water-filled caves were magical, like a secret kingdom. We walked right over the top on green grass, peered into a small opening in the ground. The massive cave was filled with beautiful blue liquid, as large as a public pool. We even swam in the perfect, transparent water.

These cenotes are actually sinkholes. Sandy limestone collapsed, exposing the groundwater underneath. I would never have guessed that this would soon become a personal metaphor. Just months later, I learned that heart failure symptoms I had been ignoring beneath the surface would crater my life.

Like any sinkhole, my disease didn’t happen overnight. Years of discounting the worsening shortness of breath slowly created a hole that would suddenly suck me into it. My thin excuses could no longer conceal the underlying truth. I had reached the devastating tipping point.

Every sinkhole starts out small.

Unforgiveness, greed, addiction, wandering from our faith—we may never see the threat coming. But given enough time, pressure, and opportunity, any tiny fault can develop in secret until it swallows us alive.

The Good News is because of grace, the sinkhole won’t kill us. But covering it up could. The danger instead lies in the fragile, deceiving overlay, as we tiptoe across the shallow upper crust.

Worse than hiding the early cues of my disease, after my diagnosis, I ignored my thinning belief in an always-good God. I stopped praying and stopped trusting. A much more dangerous situation had begun to form.

Yet even in my deep cave of doubt, God’s grace was deeper still. As I journaled through my uncertainty, the book that’s been inside me all my adult life began to take shape. Something I had never given myself the time or urgency to do in a safer, healthier life.

But he said to me, “My grace is sufficient for you, for my power is made perfect in weakness.” Therefore I will boast all the more gladly about my weaknesses, so that Christ’s power may rest on me. (2 Corinthians 12:9, NIV)

Any fault line can be made useful by a loving God. In Yucatan, what could have been a national tragedy turned into a natural treasure.

As I begin another year with chronic disease, I can’t help but reflect back on the year that changed my life forever. God’s sturdy grace was preparing me to survive a threatening sinkhole. Like the crystal sapphire water of the cenote, He was planning to use my imperfections for good.

Having discovered a serious heart condition almost too late, Lori Ann Wood writes to encourage others on the divine detours of life, https://linktr.ee/LoriAnnWood. Lori Ann was awarded the Frederick Buechner Narrative Essay Award and her work has been published in numerous print and online venues, including The Christian Century magazine, The Joyful Life Magazine, Just Between Us Magazine, Bella Grace Magazine, Pepperdine University Press, Sweet to the Soul FAITH Magazine, and yahoo.com. Her first book, Divine Detour: The Path You Didn’t Choose Can Lead to the Faith You’ve Always Wanted, will release in early 2023.

5 Prayers and Promises When You Can’t Talk to God https://loriannwood.com/hope/

Did you love today’s devotion?

Thank you for allowing me to share inspiration with you by e-mail! 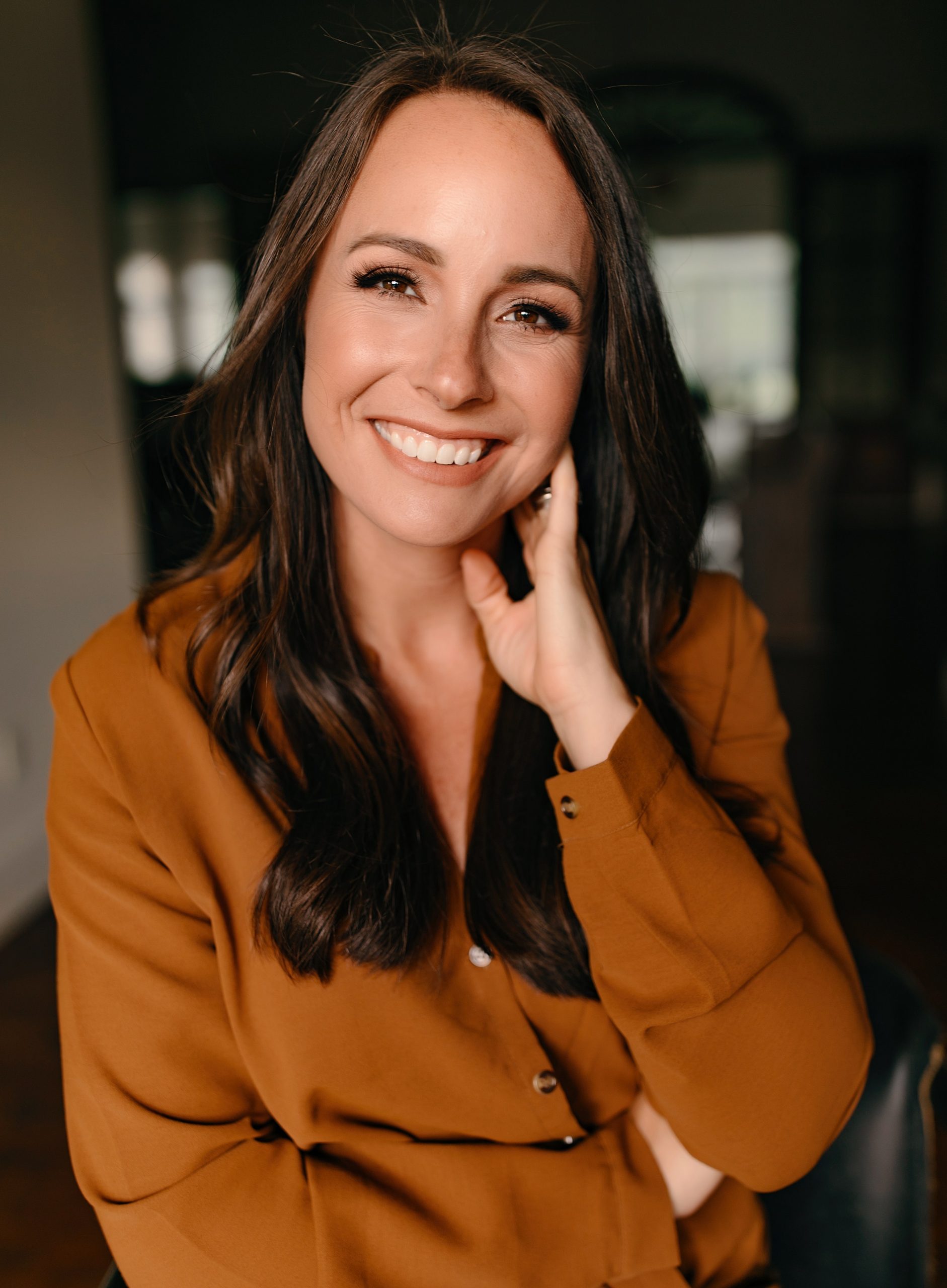 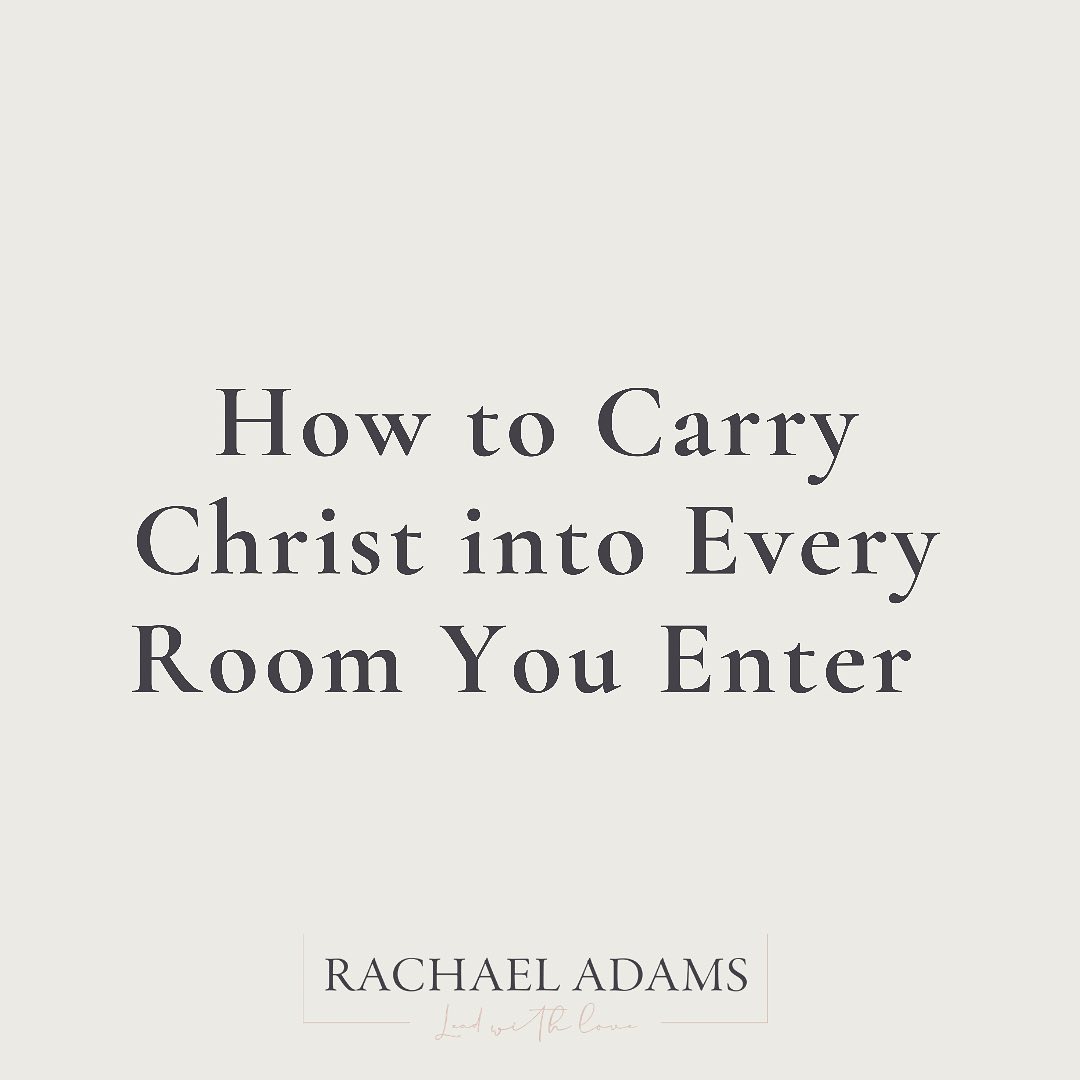